”Who am I?” ”Why am I here?” Such are the daunting, scary questions we ask ourselves in the dead of night and it is these questions you are about to explore in the The Talos Principle [$4.99]. The union of Greek Mythology and Modern Robotics is, indeed, something that is worth saving in the records of mobile gaming history. What Devolver Digital and Croteam have done with The Talos Principle is profoundly remarkable in ways beyond what words can utter. First of all, we would like to tell you a bit about this game so that you can fathom the grandiosity of what this game stands for. The Talos Principle is a first-person puzzle game that was released on PC back in December, 2014. With its beautiful storyline that is philosophical in nature, it has reached a zenith of recognition as being one of the best PC games of 2014. It takes its name ”Talos” from a character in Greek Mythology also known by Talos, who was described as a giant, mechanical man who protected Europa in Crete.

Now this game has been released on Android and appears to be, for now, exclusive to Nvidia supported-devices. This is huge, as this game has one of the most enhanced visuals on mobile at the moment and Android users are truly blessed to have this game on the Google Play store. You are probably wondering, ”What about IOS? Is it coming to IOS?” Well, there is little hope for it at the moment as they are trying to make it exclusive for Nvidia devices. However, we will be contacting them and hoping that they will bring it to IOS, as well, in the future. We have tested the game and in comparison to the PC version, you hardly see any difference! Its been revamped to be touch-friendly while keeping its great features that made it shine on PC.

Behind its haunting mystery and beautiful creativity, the game allows you to explore what it means to be human and gives you an experiential view of the grand design behind the human psyche. The story is told in the thundering voice of ”Elohim” who addresses you as his child. Elohim means God in the Hebrew language and this suggests that the game is trying to re-invent the experience of the creation of the first man; in this case, the first robot. The game presents you with puzzles that make you ponder upon the element of consciousness, the depth of philosophy and the complexity of technological singularity.

Intricate puzzles that make the game stand out

You will be solving over 120 puzzles in a beautifully-designed 3D environment and landscapes furnished with remnants of the ancient civilizations of human history. The puzzles you will encounter will be presented in 3 different colors: red, yellow and green. Red being most difficult, yellow being normal, and green being easiest of them all. Red puzzles can take up to 35 minutes at times because they can be tricky but you will find the whole experience enjoyable and fascinating. In addition, you will find the game’s riddles on a different level than what you have been used to. They are intelligently presented and with each puzzle you have to change your mindset and look at things from a whole different angle. Moreover, the game puzzles include diverting drones and manipulating lasers while you uncover truths and devise theories in regards to the world around you. 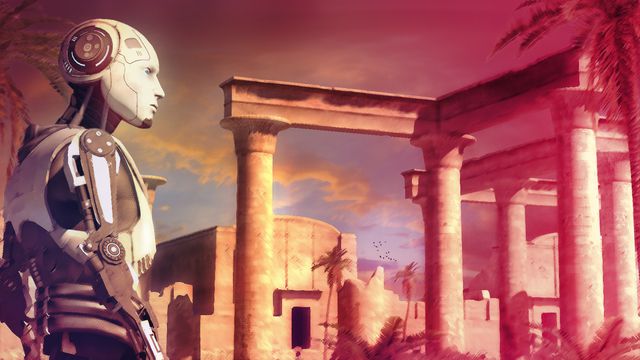 The story of your creation will be told via the computer terminals in the game. Being a robot yearning for the understanding of the world is an element that humanity shares and from the eyes of a robot you will ask the questions that all humans do. You will discover information about religion, life, death and the great beyond through the computers and uncover the history behind the human understanding of these grand issues. It becomes clear that the game is a battlefield where Man, God, and Technology are at war and you will be left with decisions that will cause you to reboot all the beliefs you once had about life.

The benchmark of visual advancement

The visuals on this game are breathtaking. You are given a world with ancient relics that almost speak of the historical incidents that befell them. The realism in the lighting effect is inconceivable and the vividness of its visuals make you appreciate the importance of this game. The Talos Principle combines the ancient and futuristic throughout its pattern and portrays an alluring world that once thought to be visible on console only.

What makes the game even more mysterious is the music played in the background of the game. It gives you this feeling of a dark world filled on the brink of an end. It builds in you an intrinsic passion to play the game with interest. 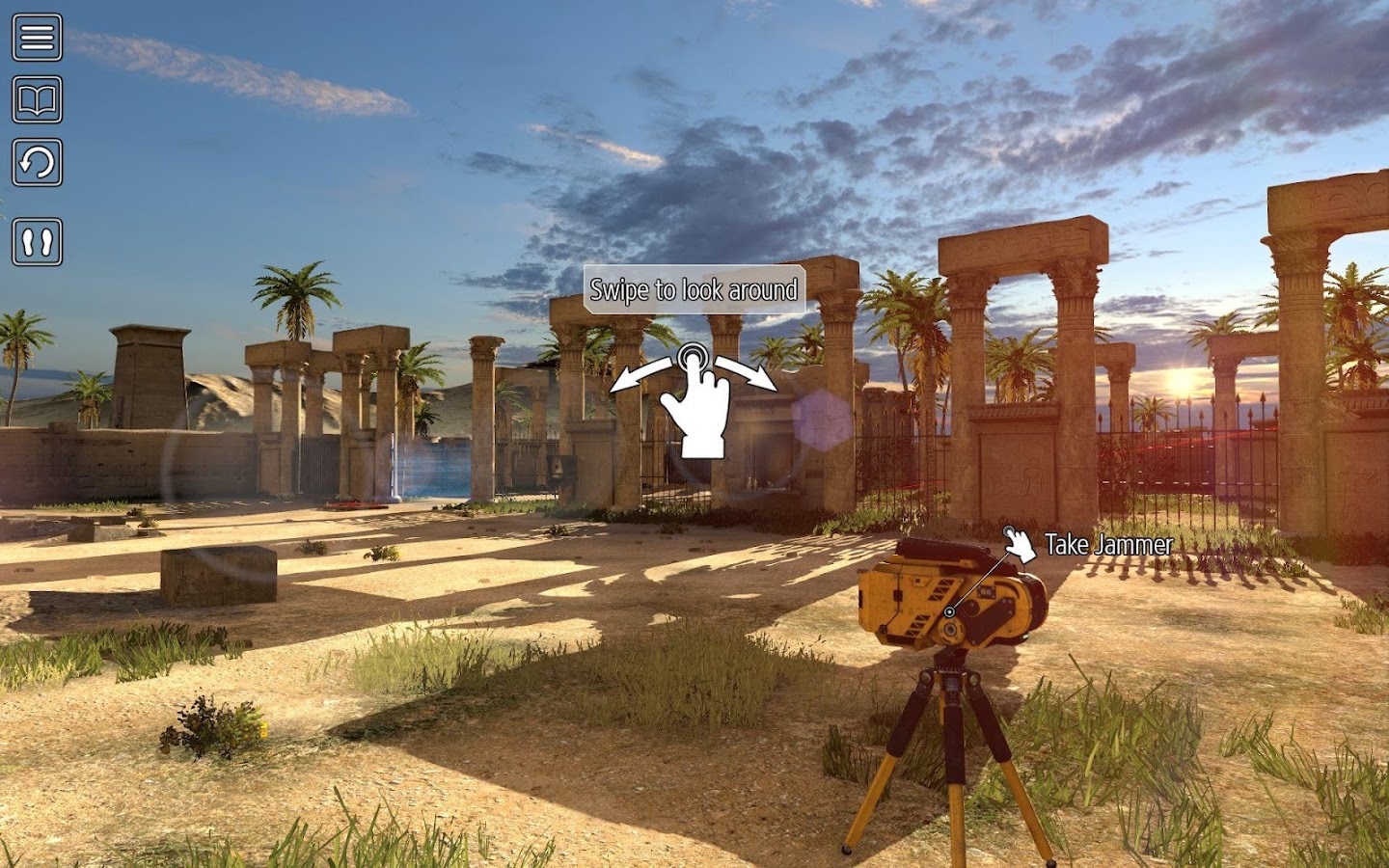 The pinnacle of the past and the future

Finally, The Talos Principle is a byproduct of thousands of years of wise philosophy that was nurtured in ancient Athens; of the life riveting questions that began in dogmatic Jerusalem; and of the scientific advancements that still originate in the developed West. This game embellishes you with its awe-inspiring visuals, thought provoking questions, original take on the man-machine paradox, and the wiser mindset it lets you depart the game with. If this game is a ported version of the PC version (and it is) then we didn’t notice because the mobile version of this game carries all the integrity that the PC version holds. There is no doubt that this game will take its place in history and always be remembered as a marvelous artifact of the human element. If you are an Android user, then this game is what you have been waiting for. We will keep you posted as to when it will be released on IOS, so stay tuned! You can check the trailer of The Talos Principle below.

2 thoughts on “The Talos Principle – Review”