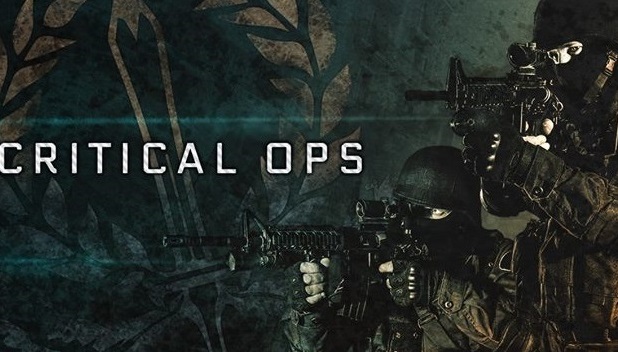 Every genre had this one game that built the basis for its future development, and in the case of the FPS genre, Counter Strike was the PC game that really combined the competitive and systematic elements unto which future developers would build upon. From Critical Force Entertainment, the creators of Critical Strike Portable, comes Critical Ops, a mobile fast-paced FPS that is under development. This time, their new title is much better designed than any of their previous games and in fact this game is being pushed as a candidate for eSports on mobile. To aid such an ambitious vision, the company will be starting numerous tournaments for players to compete in. Whether it will succeed or fail is something to be seen, but we are very hopeful.

The game is still being tested for mobile but can be played as an Open Alpha on Facebook (Click here to play it on Facebook). It is very possible that the game will be cross-platform but then the tournaments will not be fair since touch controls cannot ideally compete against a mouse & a keyboard. Perhaps tournaments will be separate on each platform but more information will be available on the nature of the tournaments soon.

By far, the game presents one type of game mode which can be best dubbed as ”Defuse The Bomb” where the Terrorists team plant a bomb in location A or B, and the Counter-Terrorists attempt to defuse it or eliminate all of the enemy team. It supports more players than we’re used to in other FPS games; for example it can accommodate matches with 10 vs 10 players – that is a total of 20 players in one match.

Locations in the game resemble real world places such as Amsterdam, Barcelona, Tokyo, and many more. Each map is designed to represent a specific theme from the real world with memorable sites. Graphics on this game are solid and greatly polished when compared to the company’s previous titles. The design of each map seems to be meticulous and precise, while providing the possibility for tactical warfare.

Critical Ops is a competitive game that is a potential arena for eSports gaming. So naturally, clans are a big part of this game and you will be able to create or join a clan. For the lone wolves out there, you can prove your skills by rising in the leaderboards and towering over your rivals. Moreover, Critical Force Entertainment plans to include in their Portable eSports Platform 6 main aspects:

Its mobile experience is not very different from Modern Combat and will seem familiar in many ways. The controls system offers great customizability; buttons can be rearranged across the screen and resized to your comfort. They have proven to be very responsive and smooth. But it is likely that we will see more options available for controls since the developers are planning to make it into an eSports-worthy game. Typically, there is a joystick that allows you to move, and buttons allowing you to fire, jump and aim. Additionally, you can quickly swap your weapon during battles by swiping at the bottom of your screen.

Finally, since this title is in Open Alpha, it will take some time for it to be officially released on iOS & Android but it will be released as a Free-to-Play game in early 2016. It certainly looks like a game that will not just disappear. If you are looking forward for this one, then stay tuned with our website and we will surely keep you updated regarding every major news related to Critical Ops. In our opinion, we see a shining future for it solely based on the extraordinary work that the company has achieved in the past. You can watch the Alpha trailer for this game below.