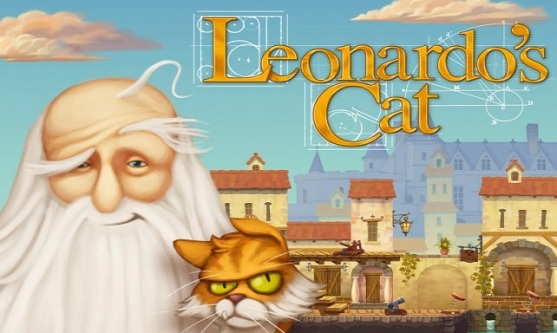 Imagine a puzzle game about the great Leonardo Da Vinci and voiced by Sir Patrick Stewart, the legendary actor from Star Trek & X-Men. Such a mobile game surely deserves our attention, no? Such is the case with Leonardo’s Cat, the upcoming family-friendly game by the industry pioneer, StoryToys. Leonardo’s Cat will unveil a world of fun with 60 puzzle levels while providing an immersive educational experience.

The story tells of a stolen invention called the Automaton and the primary suspect is arch-nemesis Michelangelo. Sounds like a war of artists. You will play as Scungilli, Leonardo’s cat, in search of the invention within the old city of Amboise. Traps and obstacles will face you along the way because quests are never designed to be easy. Of course, what is a Leonardo Da Vinci game without his inventions? There will be plenty of his intriguing inventions that you will be able to witness in your journey.

Finally, the game is planned to be priced at $2.99 and is mainly targeting the younger audience with its content. This doesn’t mean adults cannot play, because we are all fans of Patrick Stewart and it would be very interesting to play a mobile game in which he stars in. Credit also goes to Michael Frith, the creator of the game and is well known for The Muppets; and Bob Tedeschi, a regular contributor to the New York Times. Stay tuned for more information regarding a release date. You can watch the trailer for this game below.