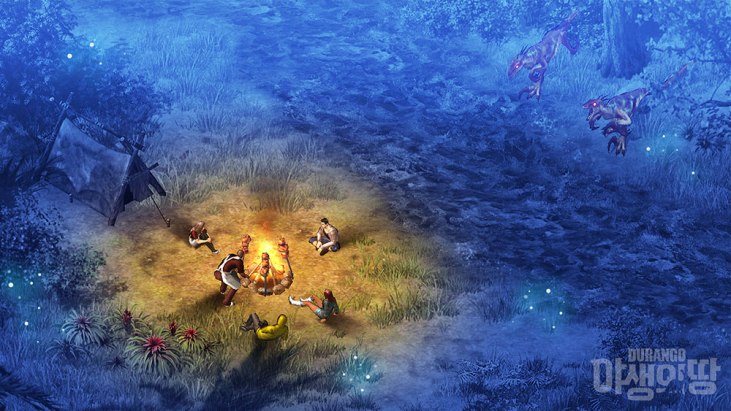 Nexon, the Korean global developer, is bringing Durango, a mobile game that takes you back in time to the prehistoric era of dinosaurs. Admittedly, we haven’t seen a lot of decent dinosaur games, and this one looks very promising for so many reasons. Nexon’s ”pioneering open-world MMORPG” is expected to blow your mind with its graphics, gameplay, and gore.

This title will pack a multiplayer experience where players from all around the world cooperate together (if they choose to) in order to survive the brutal world of flesh-eating dinosaurs. As a group, you will explore a wild environment, hunt to survive, implement gardening systems, and build a new community from the ashes. Also, it looks like there will be clan warfare where each clan can use their own dinosaurs to attack the other.

Graphics-wise, the world of Durango is absolutely gorgeous with its vivid colours and detailed visuals. There is no clear release date for the game as of yet, but it says that the limited Beta will be accessible in December. It will be available for iOS, Android, and Nvidia Shield devices. You can watch the opening movie and the official teaser trailer below.