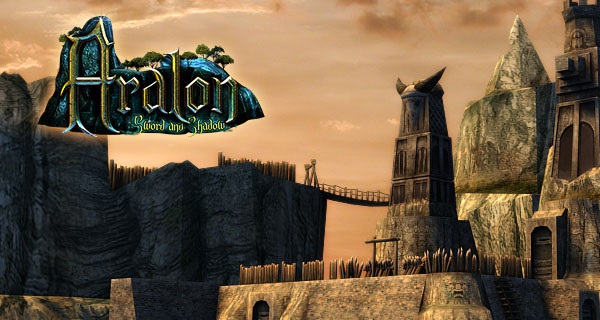 Finally, Crescent Moon Games have announced the official release date for their wonderful open world RPG sequel, Aralon: Forge & Flame. Actually, we won’t have to wait long, it will be released on December 3rd, just a few days away really! Not only that, they have also released a new trailer which can be viewed at the bottom of this article. You should be very excited for this one, because all of Crescent Moon Games’ RPG titles were a big hit. To mention some: Ravensword, Exiles, and Aralon: Sword & Shadow.

The story behind Aralon: Forge and Flame takes you back 300 years ago, in a time where Emperor Thalos ruled an empire stretching from the Eastern Sea to the North Frozen Wastelands. The Emperor feared of dying and used magic to extend his lifespan. But sensing that death was at his doorsteps again, he wanted to seek the Well of Life in order to become immortal. Having reached there, he attempted to draw magic from the Well of Life, and in the process the earth trembled, the seas rose, and the face of the world was reshaped. Following this dramatic event, Thalos vanished and was a legend told by old and young.

After 3 centuries passed, living beings from all races have worked together to rebuild the world to what it once was. Elves, Humans, and Trolls forged a pact so that the Kingdom of Aralon will prosper like before. But out of oblivion comes a shadow over the fragile land, and war has become on the brink of reality. You become the only hope in restoring Aralon’s strength and casting the shadow once and for all.

Unlike its predecessor, this upcoming title will feature a much larger and meticulous world. The game will feature over 30 hours of gameplay with a beautiful adventure to experience. 4 character classes are available and character appearance is customizable. The three races of choice are Humans, Elves, and Trolls. So it will be interesting to fight for Aralon from different perspectives. You can mount horses and other creatures to fast travel throughout the kingdom which is always helpful instead of walking days from land to land.

Finally, this game is much anticipated by RPG fans and we are looking forward to grab this game on December 3rd because we have seen how amazing Ravensword and Exiles were. Crescent Moon Games are one of the best RPG creators on mobile and they have a lot to offer in this genre. You can watch the official launch trailer for this game below.