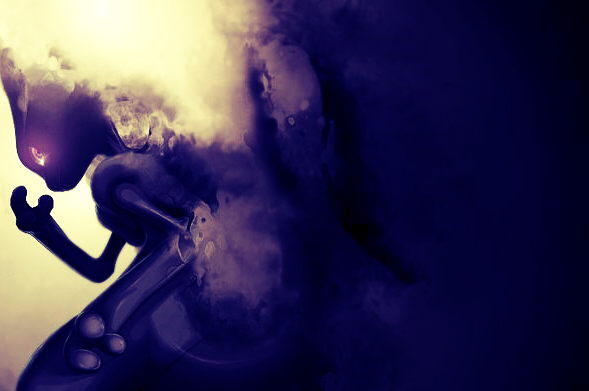 ”I see now that the circumstances of one’s birth are irrelevant… It is what you do with the gift of life that determines who you are.” One would assume that these wise words were spoken by Socrates or Aristotle. The outstanding truth is that these were the words of Mewtwo. He was the first Pokemon to be created by Science in a laboratory after scientists experimented with a pregnant Mew’s embryo. His DNA was tampered with in order to create the most vicious and powerful Pokemon to ever exist, a vision that Giovanni, Head of Team Rocket, has long time held. During the period when Pokemon reached its peak, one of the most (if not most) Pokemon to be admired and loved was Mewtwo.

The process of his creation has bothered him for a very long time, where he was at conflict with the idea that he’s a product of human experimentation. Eventually, he understands the value of life and looks at the bigger picture of, what one can do with life is far more important than pondering on how life has begun. If we are to look for a philosopher in the Pokemon universe, Mewtwo would be the first to come to mind.

At the end of the Pokemon GO trailer, we see everyone running towards a sudden time-limited event where they all engage in an epic battle against the mighty Mewtwo. With the cooperation of numerous players, they catch him before the time ends, and they all raise their smartphones in joy as we see a Pokeball icon on their screens, indicating that they all caught him. This is very interesting if you think about it, because we know that in all Pokemon games, Mewtwo was exceptionally rare to find and this means Mewtwo’s location might take many months or years to find, and even change within minutes or days, once he is found. And as clearly demonstrated in the trailer, it will need A LOT of players to take him down as he is very powerful.

This raises plenty of questions. Since Mewtwo is in Pokemon GO, would this mean Mew will be there too? We strongly believe that the answer is yes. Upon the launch of Pokemon GO, we expect Mewtwo and Mew to be among the Pokemon available in the game since they are categorized as 1st generation Pokemon. It is interesting that in the trailer we see Mewtwo appear in New York City’s Times Square, and we hope that Mewtwo doesn’t stay in one place because that would mean an influx amount of people heading there to find him, which may cause chaotic outbreaks.

Pokemon GO seems to produce more questions than answers as we analyze it under the microscope. But this doesn’t direct us towards a negative stance, not at all. We are loving this title more and more as we explore its mysteries. If you do like these analytical articles about Pokemon Go then make sure to inform us so we can write more. And before we end the discussion for today, if you had to choose between Mew & Mewtwo; who would you go for? You can cast your vote below.