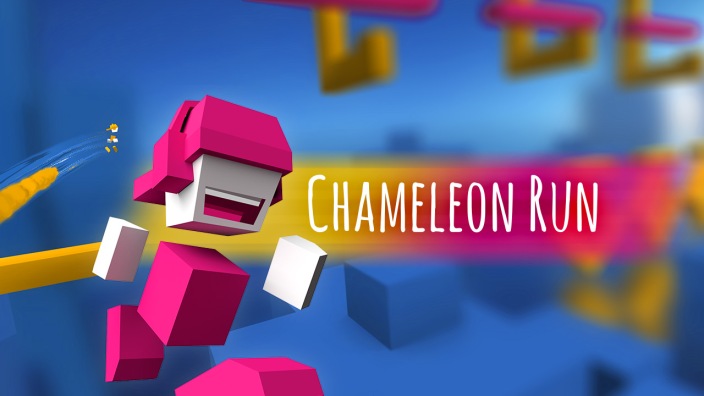 A new runner game has been released and you will absolutely love it! Chameleon Run is a colorful fast-paced game that will be released at the price of $1.99 with no in-app purchases at all. Although the game wasn’t released yet, it was cloned by many who wished to take advantage of the unique concept of this runner title. Thankfully, these clones were removed from the App Store but others remain available on Google Play.

The game was released by Noodlecake & Hyperbolic Magnetism today, so this is exciting. It features constant running in a background of changing colors. You will be able to double jump or head jump to get from one platform to another. It incorporates stunning visuals with a smooth pixelated world that makes it a unique game in the runner genre. With a non-linear level system, you have 3 special objectives available in each one.

It is not a simple game because you will have to switch your color to match the ground while you run and jump. Of course, the great thing about games like these is the hardship and effort that one will have to pour into them. The game was developed by Jan IIavsky who managed to develop it with one hand since his other was broken during the process. We are lucky to have talented and motivated developers like him, so he deserves all the support. You can watch the trailer for this game below.