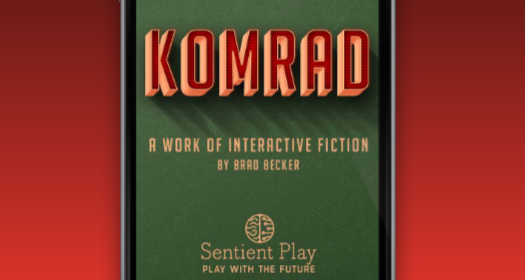 You don’t need to be a historian to know that the Soviet Union has collapsed. However, in 1985 the Soviets shut down a super secret experimental project called K.O.M.R.A.D. With the chaos going on at the time, they forgot to turn of the computer. The scary thing is that K.O.M.R.A.D. is not an ordinary computer but an artificial intelligence that thinks that the Cold War is still going on. Can you imagine what its intentions are?

KOMRAD is being developed by Sentient Play and written by Brad Becker, former Chief Design Officer of IBM’s Watson. Watson is an artificial intelligence designed by the prestigious technology company IBM. The story should be very intriguing since the writer is actually someone that knows a thing or two about artificial intelligence and what it can be capable of.

The game follows the Lifeline roadmap of text-based interactive fiction. This new genre has attracted a great deal of players that enjoy the personal experience offered. KOMRAD will be released for the Apple Watch and mobile devices, although no release date has been announced. You can watch the teaser trailer for this game below.