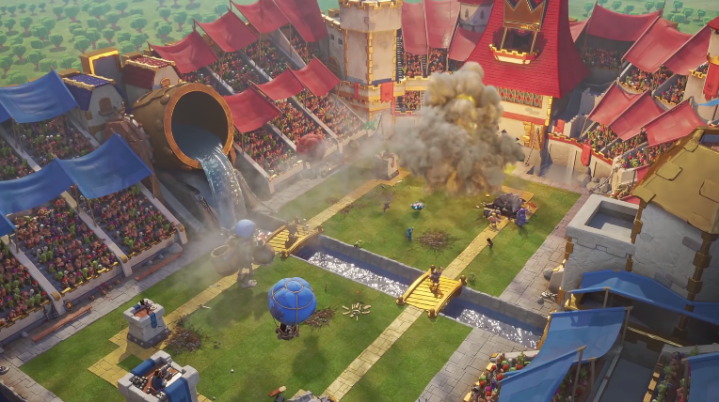 The next mysterious card in Clash Royale has been revealed and it comes with the name of Ice Golem! What’s intriguing about this rare card is that it will cost you only 2 Elixir, rendering it the cheapest rare card available. The Ice Golem is described as a tough troop that targets buildings and explodes when destroyed, thus slowing enemies passing by. This card can be unlocked in Arena 8, Frozen Peak, and is expected to be released this week.

While it may be effective in slowing enemies, its Damage Per Second is only 16 when its Level 1 (the lowest in the game). This can be a fair amount of points if you consider the low Elixir that you spend on it. We believe that its true power lies in using it as a quick defense tactic to distract and slow down enemy invaders, especially when you compare its cost to its 625 HP.

In terms of effective offense tactics, it seems like it can be combined with the Royal Giant or the Hog Rider. In addition, by upgrading this card you should increase his HP and turn him into the cheapest and most effectual card possible. Stay tuned with our website for more news on Clash Royale.