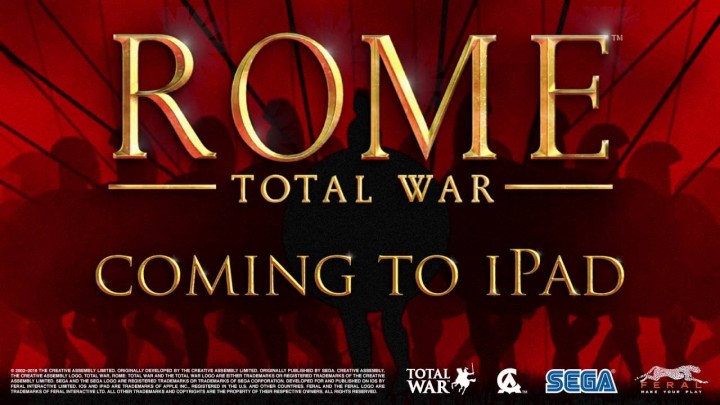 Probably one of the most anticipated games of 2016, Rome: Total War is expected to launch within the next three months. The 2004 classic turn-based title revolves around the time of the Roman Republic from 270 BC to AD 14. It is considered to be one of the best strategy games of all time and paved the path for numerous sequels across the years. Feral Interactive will be releasing it at the price of $9.99 for the iPad Air & above, iPad Mini 2 & above, and the iPad Pro.

Rome: Total War was designed for the iPad because a game of this depth requires a big screen to manage its complex mechanics. In fact, it will require a whopping 4GB of free space on your device so you better start preparing for it. You can watch an iPad demo of Rome: Total War below.