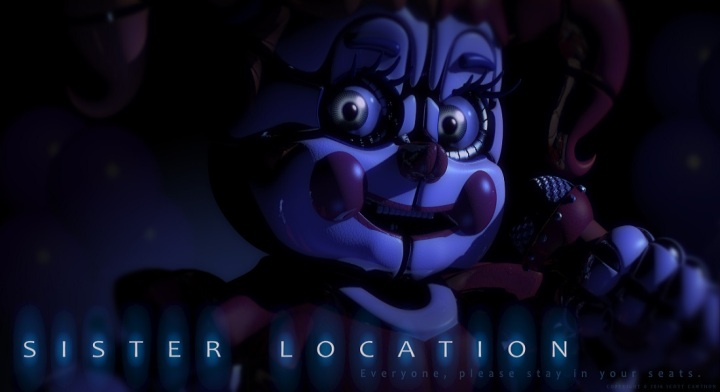 Well, well, well. It was a publicity stunt after all. A few days ago, Scott Cawthon, the creator of the Five Nights At Freddy‘s franchise, said that Sister Location might be delayed because it is too dark to be played and might have to undergo some changes. He has just released the game on Steam and this very dark game is now available for the vulnerable. The mobile version is not out yet but we strongly believe it will be out anytime soon, especially that Halloween is just around the corner.

The game is not very different from its predecessors as it follows the same theme. You are a late night technician at the Circus Baby’s Pizza World where you will have to survive death and dismemberment. With a cramped space and machinery within your surroundings, the fear experience has never been more strategically designed. You can watch the trailer for FNAF: Sister Location below.