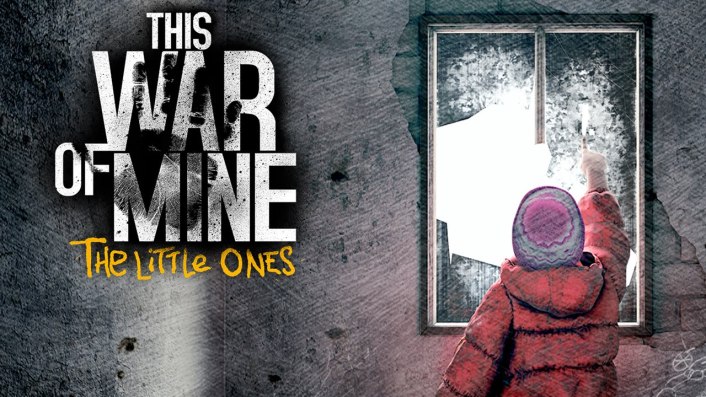 This War of Mine is undoubtedly one of the best games we ever played on mobile devices. This title portrays the grisly side of humanity during times of war. Yet, with its new DLC, The Little Ones, the game takes you to a much darker place. With the new update, you can now purchase the new DLC via in-app purchases for $3.99 to explore war from the perspective of a child. Inspired by true events, the decisions that you are forced to make to survive can test the very basis of your morality.

We previously mentioned that there is a great possibility that the new DLC will come to mobile and fortunately it has. With This War of Mine: The Little Ones, new missions and characters have been added, especially children. With this new element in the game, your decisions become tougher since you will be responsible for adults and children, alike. The game’s cover has a line that really summarizes the theme of the game, ”How far will you go, to protect the little ones?”

Many are willing to rob, hurt, or even murder just to protect or provide for their children. With the children equation added to this DLC, the experience will become much more chilling than before. The DLC will influence you deeply by portraying the children in the game as little kids that are traumatized by war and all that they want is to play, smile, and feel secure. The developers did a phenomenal job in making the game mirror real-world effects and having the player get involved and affected by it.

Not only will you be responsible to protect the group, but also creating a cheerful environment for the children as well. They will often cry or laugh; they can be unpredictable but it is your job to make sure they are taken care of. We previously interviewed the Senior Writer of 11 Bit Studios and discussed This War of Mine with him. Click here to listen to the interview if interested. Moreover, This War of Mine is currently on a 70% sale and you can grab it for $3.99 instead of $9.99. Finally, you can watch the gameplay trailer for The Little Ones below.