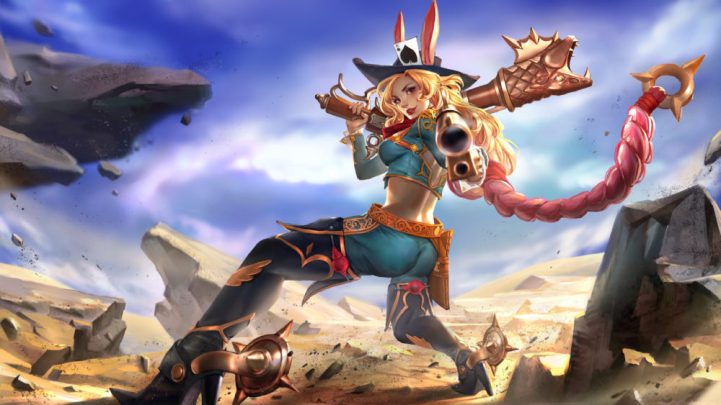 With Halloween coming closer, Vainglory [Free] receives its latest update with a Haunted Autumn Map! The Halcyon Fold has never been spookier, thanks to the cemetery gates and creepy surprises you will find in store. Yet, that is not all. The game has received a new hero, new skins, social features, and quest changes. The new hero is named Gwen, a swift double-gun user that can take out enemies from a distance.

Let’s take a look at Gwen’s perks based on their precise description:

Gwen seems like a formidable hero due to her long-range attacks. If used with the right combination of items, she can prove to be borderline unbeatable. Furthermore, we mentioned that there are new skins in this update. There is the Apprentice Samuel (Tier I), Seraphim Adagio (Tier II), Love Bites Blackfeather (Special Edition), Pumpkin Spice Petal (Special Edition), and Baewitched Celeste (Special Edtion). Some of these skins are ideal for Halloween, so try to grab what you can!

Now, Vainglory has received a new Social section which allows you to access your friends, teammates, & guildmates. The party invites system has been improved and it allows you to see the type of match that you are being invited to. Also, persistent chat is now implemented worldwide and this will help you to keep up and coordinate with the plans that your friends make.

Finally, there are new Gwen quests which you can accomplish. In terms of changes, turrets now have a laser sight that can follow the target. Several heroes underwent balance adjustments, such as Adagio, Alpha, Blackfeather, Fortress, Kestrel, and many others. Are you excited about this update? Click here to check the full list of changes in version 1.23.