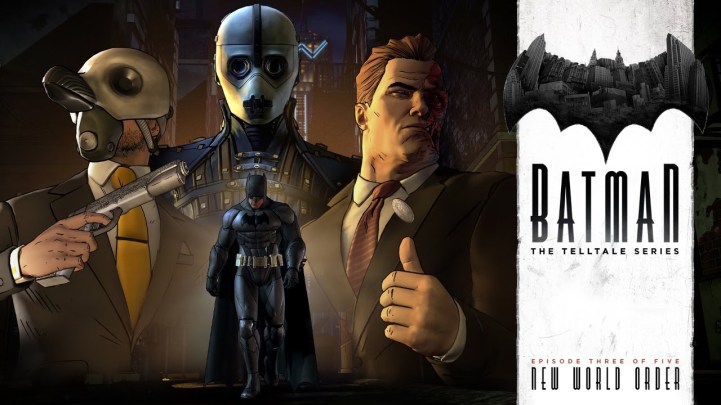 Batman: The Telltale Series [$4.99] has just received its latest trailer for Episode 3 (New World Order). This episode will be released on October 25th for PC & Console but there is no official date regarding the mobile version yet. Now we have to warn you that there are spoilers in the new trailer, especially if you haven’t played Episode 2 which is available to purchase for $4.99.

Spoiler Alert! The upcoming episode will have several classic villains involved. One of the villains that you will have to deal with is Harvey Dent’s alter ego, Two-Face. Remember him and his coin flipping obsession? We won’t say more than that so we don’t spoil the fun for you but if you want to know more then you are welcome to watch the trailer for the upcoming episode below.