What is it about a game that attracts you most? Is it the brand behind it, the genre itself, or the unique elements within? When it comes to Fangold: The Eventful Adventures of Land of Britain, it seems like all three options fit in. Potato Killer Studios actually announced this game in 2015. However, a new trailer has been released revealing more about the gameplay mechanics. Fangold will feature a PvP and PvE while allowing you to roam an open world completing quests. 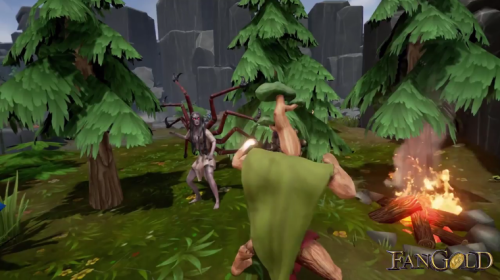 Along with its open world RPG experience, you get to experience deck building and card battling as well. This is definitely a unique combination of genres that we haven’t seen before on mobile and is the very reason we became interested in this upcoming title. The unique experience is based on Land of Britain, a PC game from the same developer. Fangold will be released as a free-to-play game for iOS and Android soon. You can check the new trailer for Fangold below.