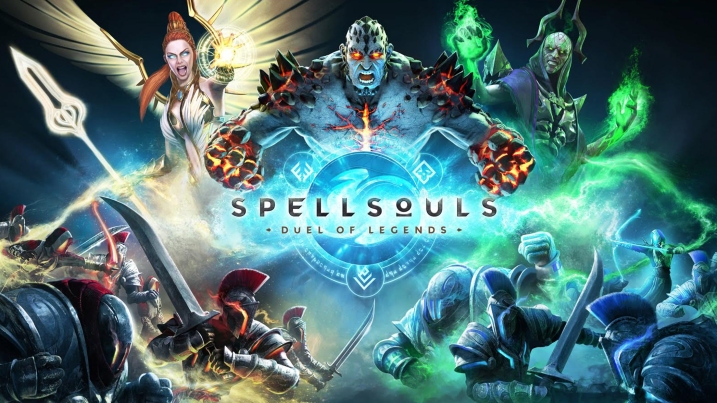 MOBA games seem to be fairly common these days following the success that the Vainglory model experienced. However, a new type of MOBA is being developed by Nordeus that carries a lot of potential. The game, Spellsouls: Duel of Legends, is currently soft launched for iOS in Australia, Canada, Croatia, Netherlands, New Zealand, Norway, Sweden, and Taiwan. It will also be available for Android devices, so don’t panic! While unannounced, we expect the global release to be set for this year.

What Nordeus has attempted to create with their new game is combine the MOBA genre with the CCG genre. In other words, a mixture between Vainglory and Hearthstone. Quite a bold move indeed. The world of Spellsouls: Duel of Legends is based on fantasy and visually looks gorgeous. You have a top-down view of the map with a lane-based combat system.

Players will find themselves fighting their online opponents in a 1v1 style where abiltiies and cards can be utilized during combat. Battles are designed to last an average of 3 minutes. The Company’s CTO, Ivan Stojisavljević, said that, ”…Spellsouls builds on our strengths in competitive gaming to bring players a true blend of game genres that balances fast action and deep strategy.” Don’t forget to watch Spellsouls’ walkthrough video below.