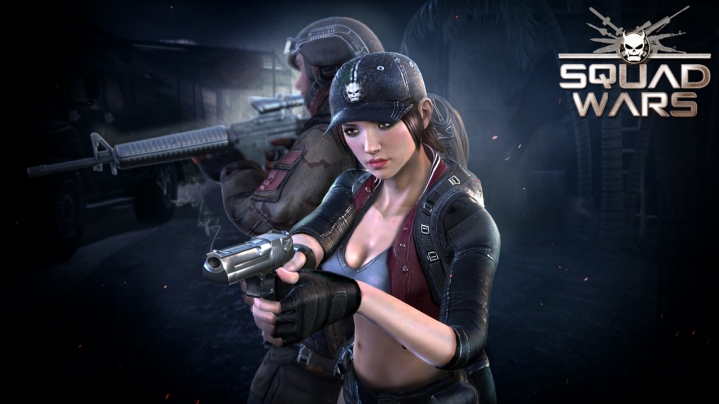 While the mobile platform is not short of addictive first person shooters, you know what they say, ”The more, the merrier!” Cmune has recently released its new shooter game called Squad Wars: Death Division [Free], a fast paced FPS that has been praised by a large community of fans. Cmune is the developer that’s working on DeadHeads and PayDay: Crime War, so this company is experienced when it comes to the shooter experience. 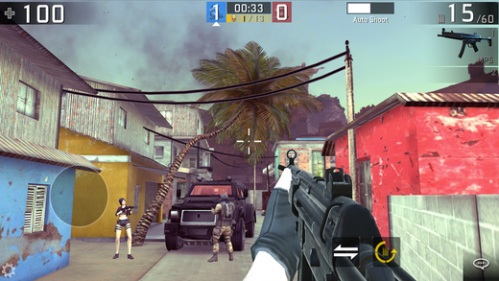 You play as a participant in the largest squad-based shooter tournament that’s hosted by mysterious Billionaire Barakiel where a large prize pool is on the line. The game comes with an intense multiplayer mode where you can engage in ELO rating, League System, and Matchmaking along with 6 players. Online modes available are: Free For All, Duel, Wager, Deathmatch, Team Deathmatch, and Last Man Standing.

The interesting modes offer the possibility to 1v1, 2v2, 2v2v2, and 3v3. The conditions for the matches can be based on Kill Limit, Time Limit, or Last Man / Last Team Standing. You have a huge arsenal to choose from ranging from Assault Rifles, Handguns, Melee Weapons, Shotguns, and Snipers. Roughly, there are over 250 guns to unlock and upgrade which gives you great customization to your character.

As for maps, 11 are available at the moment, such as Favela, Italy, Sandtown, Ship, Warehouse, and others. The game offers the option to set up your shooting preference such as Tap to Shoot or Autofire once target is in range. Finally, playing with your friends is easy, you can add them to Friends and invite them or use Squad Invite to bring them to your squad and play against an enemy squad. You can watch the trailer for this game below.