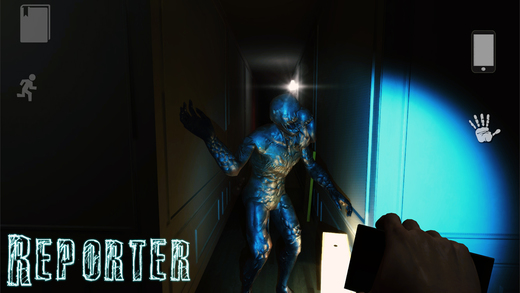 The Developer of the Mental Hospital series has just released a new game called Reporter [$0.99]. The Developer, Igor Migun, is known for his survival horror themes and this new title will have your nerves tremble. We highly recommend that you play Reporter with your lights off and earphones on, in fact, we challenge you to do so!

The plot of the game begins with a small town that has experienced terrible and unexplainable murders. While the Police tried to cover it up, some of the terrifying details were leaked by the local press. Your job will be to investigate the truth behind these incidents but things won’t be easy on you. You will be lucky if you survive what awaits you in the dark. You can watch the trailer for Reporter below.