Were you one of the lucky gamers that went to Pokemon GO Fest? If you weren’t, then don’t beat yourself over it because it didn’t go exactly as planned. Last year there was a similar event that went disastrous but for this year, while we expected a few things to go wrong for such a big event, it still didn’t live up to the expectations of the players. 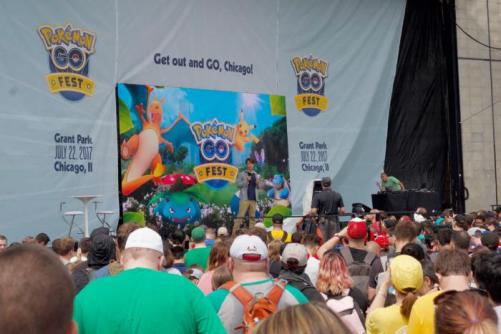 Niantic struggled with fixing their server and players suffered from connectivity issues. It came to the point where players were screaming, ”We can’t play!” This was devastating for Niantic since many from the crowd spent a lot of money to make it to the event. After hours passed, Niantic made an announcement that all tickets will be refunded and those that signed up for the event will be given $100 worth of Poke Coins.

They even added Lugia, a legendary Pokemon, in order to satisfy the angry crowd. Looking at the event in its entirety, it was a clear failure and disappointed hardcore fans to the point of anger. We all love Pokemon GO and want the concept to succeed but Niantic simply didn’t live up to its promise. However, we hope that they are able to host better and more successful events in the future since the game has a lot of potential.