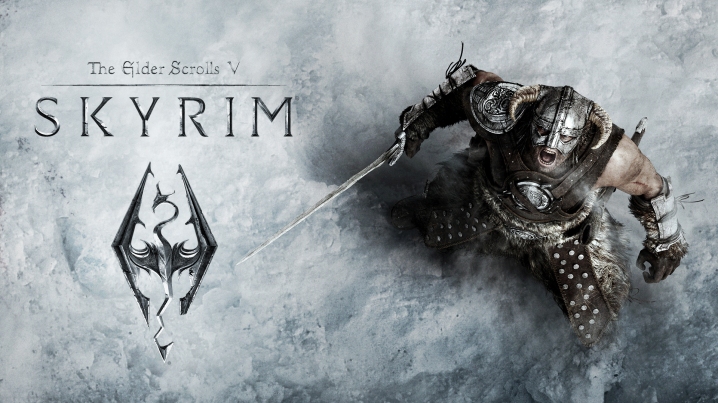 A game that needs no introduction and yet we have so much to say about this masterpiece. The Elder Scrolls V: Skyrim is an Action RPG that was developed by Bethesda Softworks and was first released in 2011. It is the fifth major installment in The Elder Scrolls series. This game received over 200 ”Game of the Year” Awards and is easily considered to be one of the best games of all time.

Today, we will be reviewing it for the Nintendo Switch and considering that we have played it on the PC several times in the last 9 years, we have a lot to say about it. The Elder Scrolls V: Skyrim places you in the shoes of the Dragonborn, the prophesized hero born with the blood and soul of a dragon, who’s main quest is to stop Alduin, the World-Eater. This game offers you an open world epic experience that takes place in Skyrim which is located in the northern part of Tamriel.

The Nintendo Switch version comes with all the DLCs released in the past such as Dawnguard, Hearthfire, and Dragonborn. Each of these DLCs will add hundreds of hours into the game, not only because of the quests but the possibilities that they provide. The game also provides hundreds of weapons and abilities for you to utilize on your journey. You also have a rich customization system that allows you to select and build your abilities and choose the fighting style of your character. Whether you prefer to play in the first person perspective or third person perspective, Skyrim allows you to change between one mode or the other at any time during the game.

The main story takes you on a path to stop Alduin, the terrifying dragon, from consuming the world. Yet, there are so many things going on in the land of Skyrim that you will need to deal with. With the High King of Skyrim murdered, the continent is on the brink of destruction. You choose whether to support the Imperials and help the Empire remain in power or join the Stormcloaks and see the leader of the rebels become the High King. 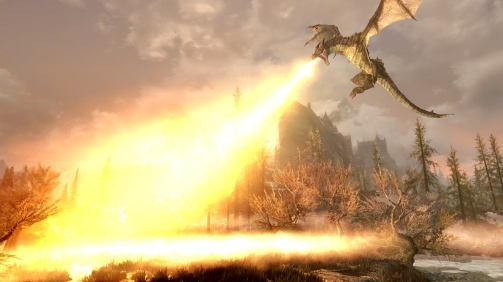 If you thought that the story ends here then you are in for a surprise. With the Dawnguard DLC available, you have an entire world open for you. You get to choose between the Dawnguard, an ancient order who want to eradicate the vampires from the land of Skyrim, or whether to side with the Vampires, who want to end the tyranny of the sun by blocking it. There are, of course, werewolves in the mix. As you can see, The Elder Scrolls V: Skyrim offers you everything you can think of in an epic game.

By getting Skyrim on the Nintendo Switch, you can also build your own house and even adopt children, thanks to the Hearthfire DLC. Moreover, the game comes with even more content thanks to the Dragonborn DLC. This adds new weaponry, locations, enemies and the ability to tame and ride dragons. Here is something crazier, you will be hunted by a cult that worships the original dragonborn as they view you as a false heretic who is pretending to be the dragonborn.

The game has been designed to run at 30 frames per second on the Switch and we barely notice it fall under that number. With over 50 hours of gameplay on the Nintendo Switch, we can confirm that it is stable, smooth, and offers a solid experience. If you gave us a choice between playing it on the PC or the Switch, we would select the Switch without a second thought. How can anyone say no to playing Skyrim so conveniently on such a small device?

In addition, you can use the Joy-Cons when docked to play around with them and the game features motion controls if you prefer to go that path. This allows you to swing your sword by moving your hand which feels pretty realistic. Furthermore, we had a great experience on the Nintendo Switch and we haven’t noticed any major bugs if there are any.

The Elder Scrolls V: Skyrim offers you an entire world to be immersed in and you can choose what type of hero you want to become and how the story ends. From the deception of politics to the controversy of religion, you will experience it all in the world of Skyrim. This is a game that paved the path for open world RPGs and has set the standard by which the RPG genre can be evaluated.

And while the stories and quests are an absolute wonder, you can find yourself busy exploring the beauty of Skyrim on horseback or by foot. Some of the fun things we enjoy doing is to use our bow and arrow to shoot at the giants and run as they chase us. They can chase you for hours if you keep trolling them and it can be really entertaining. You can also bully the Thalmor, supremacist High Elves, throughout Skyrim by attacking them because they are oppressing the Nords for their religious beliefs. There is just so much going on in Skyrim that you simply cannot run out of ideas to keep you occupied.

Finally, you can get the game from the Nintendo Switch Shop for $59.99. With hundreds of hours of gamplay, you will find yourself addicted to a world that is so alive and interactive. The game’s file size is 14.3 GB so be sure to have enough space for it. If you asked us to name the top 5 games on the Nintendo Switch right now, we would place The Elder Scrolls V: Skyrim on that list. From dragons to vampires, Skyrim will always give you a reason to continue playing in this epic world that is designed to keep you engaged. You can watch the trailer for the Nintendo Switch version below.