We are big fans of the Nintendo Switch and we love so many games that are on it. Today, we want to recommend to you a game series that has innovated the survival horror genre and the great news is that it’s currently on sale and worth playing. Yes ladies and gentlemen, we are talking about Outlast: A Bundle of Terror and Outlast 2, both which are currently sold with a 75% discount for a limited time on the Nintendo Game Store. However, we are not recommending these two titles because they are at a cheaper price but because they raise the bar when it comes to horror games. If you haven’t heard of the Outlast series then you must keep on reading.

Outlast is a first person survival horror developed by Red Barrels and was first released in 2013 for the PC, in 2014 for the consoles, and made its way to Nintendo Switch in 2018. The first game introduced a fear that no other game has, the helplessness factor. In Outlast, you felt powerless and you had no weapon with which to fight the monsters chasing you. All you could do is run and hide, it was a masterpiece built with the right terror formula.

The environment in the Outlast games is quite dark and you have your camera to utilize in the dark using night vision. It doesn’t get easier though, it never does, because your camera is limited on battery and you will need to decide when to activate night mode and when to save on battery. We lost count of the amount of jump scares that we had. It makes you paranoid because you never know when a mutated monster will jump out of nowhere and you will need to start running to find a closet to hide in or a bed to hide under. 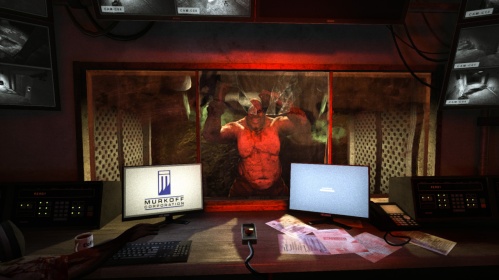 The first game revolves around an investigative journalist, Miles Upshur, that begins investigating a psychiatric hospital located in the mountains of Colorado that’s called Mount Massive Asylum. What you experience there is quite terrifying and the story is extremely thrilling with an intriguing plot and complemented with great voice acting.

Outlast: A Bundle of Terror comes with a DLC called Whistleblower which you can also play and it has its own story. In fact, it is a prequel, and focuses on Waylon Park, the person who leads Miles to the asylum. The first game is one of the best survival horror titles available and believe us when we say that playing this game alone at night will make you feel scared and vulnerable.

If you played the first Outlast then you are already a fan of this horror series. You will want to pick up Outlast 2 because you know what a masterpiece the first one was. If you haven’t played the first game then pick the first and the second game while they are on sale. Now, let’s talk a bit about Outlast 2. While the first game takes place in an asylum, the sequel takes you to a different place with different characters but set in the same universe. It starts with Blake and Lynn, two investigate journalists who also happen to be husband and wife.

The game starts with your helicopter crashing in an unknown town somewhere in the wilderness which is populated by a terrifying cult. Separated from your wife due to the crash, you will have to survive the brainwashed cult members and the horrors that follow in order to find your wife. This game presents a thrilling atmosphere that will keep you on your nerves. Unlike its prequel, Outlast 2 gives you more time outdoors where you can experience horror on a new and deeper level. 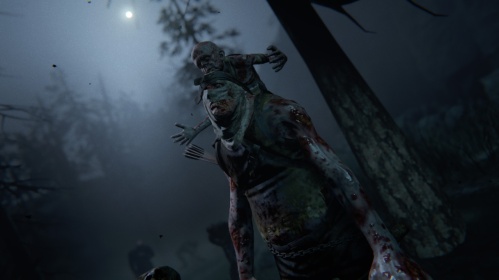 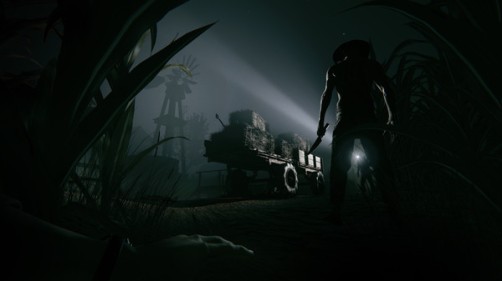 Finally, we did our best not to spoil the stories of the first and second game but believe us when we say that these two are a masterpiece. If you are truly a fan of survival horror games then they should be at the top of your list. We have played both games and enjoyed every second spent. The Outlast series is not for the faint-hearted so do keep that in mind. Both games are on sale with a 75% discount so if there was a perfect time to pick one of them or both of them, now is the time. You can watch the Outlast Series trailer for the Nintendo Switch below.