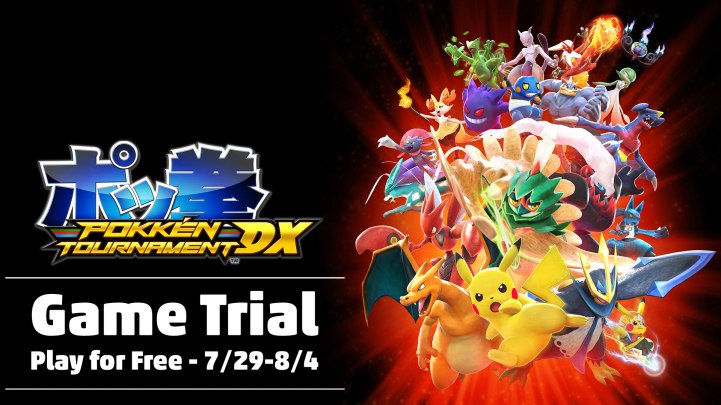 Pokken Tournament DX is an amusing fighting game developed by Bandai Namco Entertainment with gameplay elements based on the Tekken series featuring characters from the Pokemon franchise. The game was launched for the Nintendo Switch in September 2017.

In this game, you can play with over 20 Pokemon and experience battles like never before in a Pokemon game. Some of the latest additions to the roster are Croagunk, Scizor, Empoleon, Decidueye, and the Mythical Darkrai! You can play against your friends or in online competitions. The game has been available as a demo on the Nintendo eShop for those who want to test it out but the demo limits majority of its features.

Finally, the exciting news is that Pokken Tournament DX will be fully available for free from July 29th at 10 AM Pacific Time until 11:59 PM Pacific Time on August 4th. This means you will be able to experience it similarly as if you have purchased it. The Game Trial can now be downloaded from the Nintendo eShop but it will be activated on the times and dates mentioned. You can watch the trailer for this game below.