We previously discussed interesting features that were announced for Dead By Daylight. We are very happy to inform you that the cross-play & cross-friends features are now live on the Nintendo Switch & other platforms. If you are new to this game, this online survival horror game allows you to play as a survivor along with 3 others to survive the trial where a killer hunts you all down to sacrifice you before your team successfully manages to open the exit gate and run to safety. 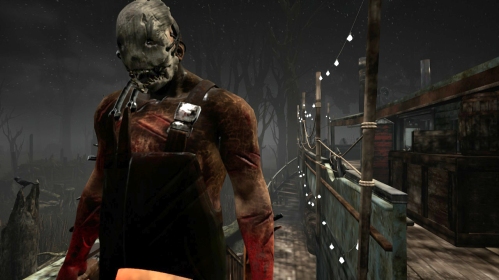 The game allows you to play as a killer or a survivor, the choice is yours. There are so many iconic killers and survivors that you are allowed to choose from. Some examples of killers that you can select are Michael Myers, Freddy Krueger, Demogorgon, Pyramid Head, and many other terrifying killers from popular movies and shows. As for survivors, you can choose survivors such as Steve Harrington and Nancy Wheeler from Stranger Things and other interesting characters.

Behaviour Interactive announced that features such as cross-play and cross-friends are now live on the Nintendo Switch, PS4, Xbox One, and PC. You also have the option to opt-out of cross-playing with other platforms if you choose to.

The developers will monitor the game’s stability to ensure that there are no issues. If the game becomes unstable for any reason, the cross-play feature will be disabled so that the team works on a fix and then they will re-enable the feature.

Finally, cross-progression is also coming this September to the Nintendo Switch version among other platforms. This means players will be able to share their progression and purchases across platforms like Steam and Google Stadia. Stay tuned with our website for the latest news on this game. You can watch the trailer for Dead By Daylight below.