We are huge fans of The Lord of The Rings. Not only did we watch the movies and read the books, but we also played many of the games that came out in the past. That is why today we are very excited to share with you that there is a new game coming to Nintendo Switch in 2021 called The Lord of The Rings: Gollum by Daedalic Entertainment.

This unique action-adventure title gives you the role of Gollum looking at Middle Earth from a different perspective than what you have seen it in the past. The experience is said to be very similar to Prince of Persia. You will mostly counter enemies through stealth and cunning, not combat, since Gollum is not a fighter and he always depended on his deception.

The game also depends heavily on decision-making and dialogue as you try to balance between the personality of Gollum and the personality of Smeagol. We see the inner conflict in this character taking place in the movies and the game tries to imitate that. The storyline begins around the same time when Frodo is yet in the Shire, following the book’s plot. Following that, Gollum explores Mordor looking for Bilbo Baggins who had the Ring. The story of Gollum starts when he is captured by Sauron’s servants. 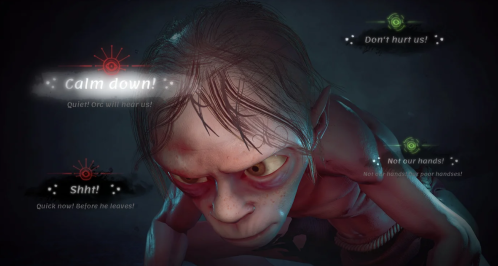 Finally, on top of the stealth experience and decision making, you will be solving puzzles and other interesting activities that will give you a deeper view of the hardships of Middle Earth that Gollum faced. The game will be coming to consoles and Nintendo Switch next year so stay tuned for updates about it. You can watch the teaser trailer for The Lord of The Rings: Gollum below.