Vigor is now available for free on the Nintendo Switch, Outlanders! This is a game that you should experience, especially that it’s free since you don’t see high quality games for free that often, right? When the game was released a few months ago, it had its issues on the Switch but with this new release, the game’s performance has been optimized on Switch, especially on maps such as Shelter and Outlands.

Now, the matchmaking servers are likely to match you with players of the same communities. Handheld players are more likely to be matched together, similar for Docked players. And when matchmaking takes too long, you are likely to play with Xbox players. Even controls have been improved based on the feedback that the team at Bohemia Interactive received. So if you have read or watched a bad review of Vigor before, you don’t want to disregard it yet.

For those of you who know nothing about the game, here’s what it’s all about. You find yourself in an apocalyptic scenario where you build a shelter to try and survive the extreme environment surrounding you. However, you are not the only player there but many other Outlanders are trying to survive just like you. Will you loot them? Kill them? Or team up with them? This online shooter game offers several modes to experience this new type of action with modes such as Shootout and Elimination. 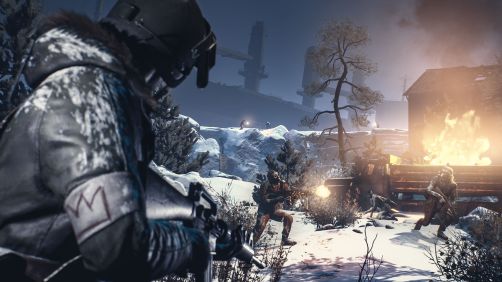 Developed by Bohemia Interactive, Vigor is quite a competitive game that was initially released on Nintendo Switch on July 8th of this year where you can play it by buying the Founder’s Pack for $20. Those who purchased the Founder’s Pack got extra items in the game and had access to it earlier but now it is available for free for everyone. 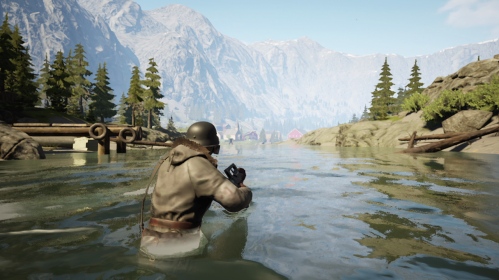 The game allows up to 12 players to participate in this experience which takes place in a post-war Norway. Even though the game received praise when it was released, it is now a much better experience since it was improved. We highly recommend Vigor for all Nintendo Switch gamers, it presents the survival experience in a more realistic perspective than other games in this genre. You can watch the release trailer for Vigor below.