The official Pokemon Twitter account has just announced that tomorrow, September 29th, there will be more information announced about Pokemon: Sword & Shield Expansion Pass. The announcement will take place at 6 AM Pacific Time. We have provided a link to watch the Pokemon Event at the bottom of this page. Those who are waiting to learn more about the Crown Tundra DLC will be happy to know that the event tomorrow will share information about it.

For those who don’t know anything about the Crown Tundra DLC, we will share some of what we know about it. The Crown Tundra is a snow-filled realm. The scenery is spectacular from what we have seen so far, thanks to the winter experience it provides and the high mountains you get to explore. It is populated with small communities which makes the realm more interesting and mysterious.

As you start in the Crown Tundra, you are appointed as a leader of an exploration team by a man called Peony. You will be in charge of exploring the mysteries of this frozen land and enter into Pokemon Dens, similar to the ones you have seen in the Max Raid Battles.

We expect to see the Crown Tundra released this Fall, and it is believed around the month of November. In this DLC, there are new legendary Pokemon such as Calyrex, the Grass and Psychic Pokemon. There are also old legendaries that will be appearing such as the iconic Moltres, Zapdos, and Articuno. Of course, there are other legendaries as well that we will cover in another article. 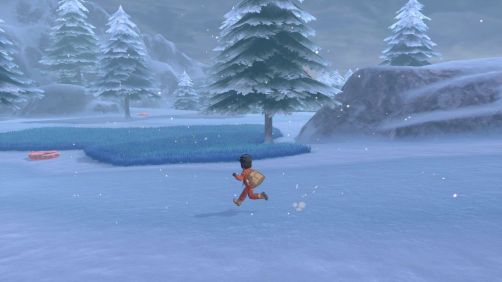 Finally, the Crown Tundra DLC will be priced at $29.99 (which includes the Isle of Armor DLC). We are really excited for this Expansion Pass and ready to explore the mysteries of Crown Tundra. Be sure to watch the Pokemon Event tomorrow at 6 AM Pacific Time to learn all about the Crown Tundra DLC. You can watch the event when it goes live below.