Torchlight III has now launched on the Nintendo Switch at the price of $39.99. When the original Torchlight was first released on PC, it was compared to Diablo in terms of its design and gameplay. Today, Torchlight is a franchise that stands on its own and has gained the trust of players in its ability to deliver a solid gaming experience. 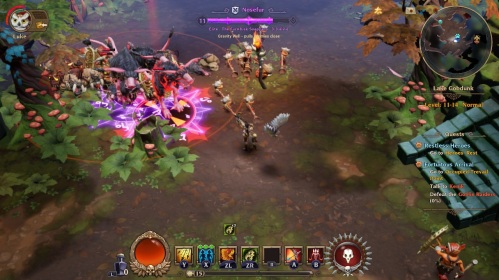 This game allows you to explore the high fantasy world of Novastraia. With the Ember Empire in decline, you will protect it from the Netherim invasion. Thanks to the game’s top-down isometric view, Torchlight III presents you with a satisfying hack & slash experience with randomly generated boss battles and countless quests.

The interesting thing about the Nintendo Switch version is that it makes use of its touch screen feature. Torchlight III is a great title to have on your Switch if you are a fan of the ARPG genre. You can watch the launch trailer for this game below.