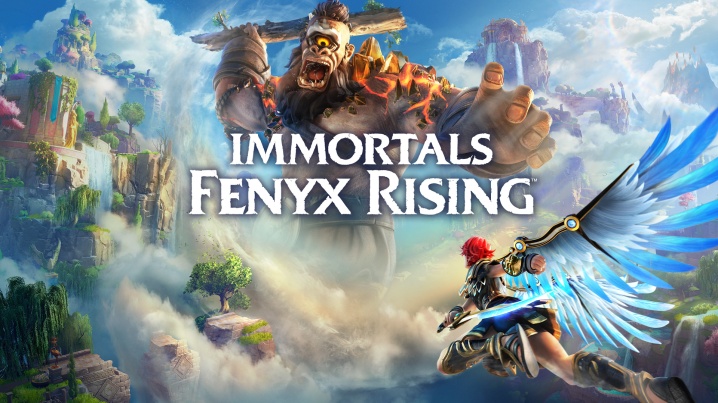 Immortals Fenyx Rising is a much anticipated Nintendo Switch game that was developed by Ubisoft Quebec, the same team that worked on Assassin’s Creed Odyssey. The similarities between both games can be noticed instantly, a mythological world highly dependent on ancient Greek mythology and culture. It was announced back in 2019 under the name Gods & Monsters but has been released today as Immortals Fenyx Rising. 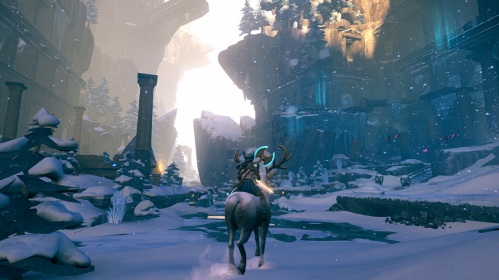 The game gives you the role of Fenyx, a winged demigod, called upon by the gods to help them regain their former glory. You will fight powerful mythological creatures during your adventure and encounter iconic gods that will bless you with unique powers. 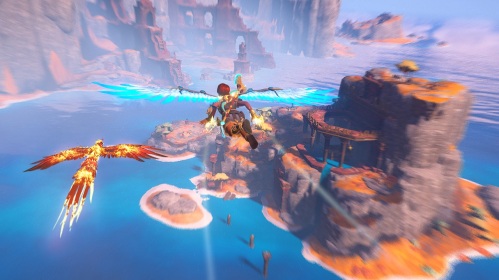 Visually, Immortals Fenyx Rising looks stunning and its world is split into 4 regions, each region representing a god and has its own theme. There has been graphics comparisons of the game between the Switch and PS5. In most cases, the PS5 looks more polished but in a few cases, the Switch looks equally as good when compared to the PS5. We were very surprised to see that, so that’s a win for the Switch. 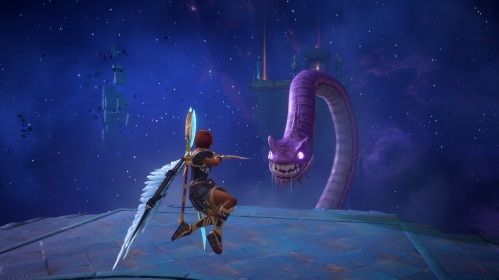 Free-roaming is available to you when you start the game and you are free to explore as you wish. You can climb, glide, and ride horses just like Zelda: Breath of the Wild. In order to reveal the land around you, you have to climb to the highest peak which is a feature clearly borrowed from the Assassin’s Creed series. 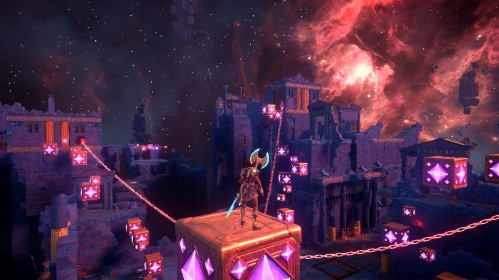 The game borrows a lot of elements from Zelda: Breath of the Wild in terms of gameplay mechanics but stands on its own feet when it comes to the story. The game’s plot is narrated by Prometheus, the same Titan who stole fire from the gods to gift it to mankind. Due to his actions, he was sentenced to eternal punishment by Zeus, king of the gods. In the game, Zeus visits the chained Prometheus to ask for his help and that is when he starts to tell the story of Fenyx to Zeus. 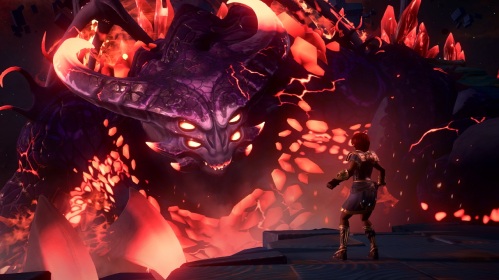 Finally, an interesting thing about the game is that you will be able to face off against terrifying creatures such as Typhon, Gorgons, Cyclopes, and Hydras. The game is quite expensive and is priced at $59.99 and comes with file size of 14.7 GB. If you loved Zelda: Breath of the Wild and find Greek Mythology interesting then this is the perfect game for you. You can watch the launch trailer for it below.