We are soon to embark upon a Chinese cultural journey under the spectacle of the 3D Martial Arts MMO: Age of Wushu Dynasty. The game was originally released back in 2013 on PC and fared pretty well on a global scale. But after going global, Snail Games Studio decided to go mobile! The developers announced that while the game will be a port from PC, it will be a modified version from its original. But that is not entirely a bad thing, right? According to the company’s vice president, it was necessary for them to modify the game’s mechanics to deliver the best experience on mobile devices. So do not panic, we will still experience the mental graphics on this game but obviously it will not be a replica of the console version. For those who haven’t heard of this game before, the game promotes Kung Fu lore in the adventurous period of medieval China.

It is abundantly clear that the visual superiority of this game cannot be brushed aside. The art design seems to be something out of a beautiful fantasy world. The developers are willing to give mobile gamers a memorable first impression to stand out from other rival titles. Snail Games are the developers of Taichi Panda [Free] and Heroes of Gaia [Free] which if you recall were a huge success on the App Store. Age of Wushu Dynasty is likely to be a freemium game because that is the path that the developers chose for their other two games. 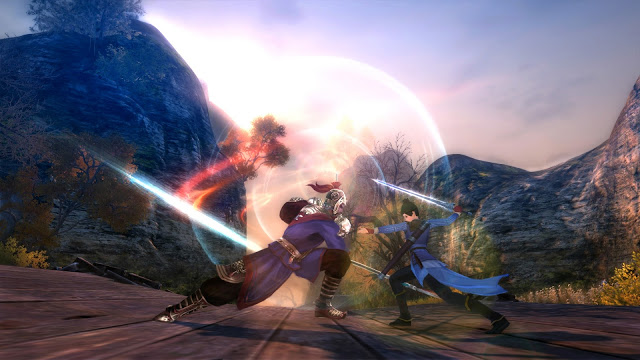 Online PVP matches will be available

The game will include online multiplayer such as arenas, PvP, and guild wars. This is, of course, great news as you get to challenge your friends and team up in guilds. Your fighting style will depend on which martial art school you choose and the game will offer eight schools of choice. Finally, the game was set to be released soon but no date has been specified yet. We cannot wait to put our hands on this game because the vivid colors on this game just blows your mind! You don’t believe us? Then you are welcome to check the game’s trailer below.