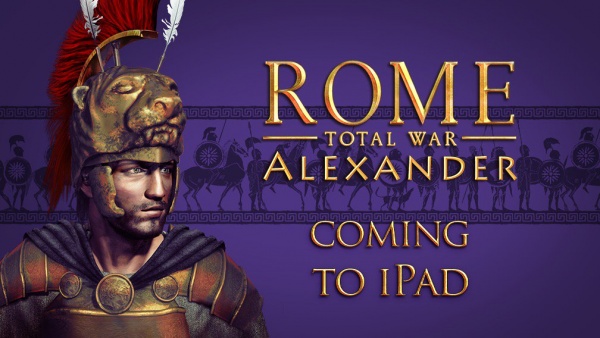 Rome: Total War continues to grow in content on mobile. Yesterday, it was announced that a new expansion will be coming to iPad this summer called Rome: Total War – Alexander. This Expansion will be released as a standalone app and will take the players to a world map starting from Macedonia to the Persian Empire. This means that you will be able to play with new factions such as the Macedonians, Persians and Indians.

Having Alexander The Great in a game is fascinating as you get the chance to unite the Greek city states in order to invade powerful empires. There are more than 25 new units in this expansion so you will get to enjoy new strategies. The Alexander Expansion will be quite exciting as it will include ancient historical events and invasions. The Expansion will be released at the price of $4.99 and should be coming out very soon.