Promoted as the ”Best new strategy game of 2017,” MonstroCity: Monster City Rampage is a new soft launched title that combines the fun of city building with the strategy of monster management. Now, claiming that it is the best strategy game of this year is quite a bold statement for the developers to make but we shall see at the end of the year if it truly is. For now, let’s explore the unique features of this game. 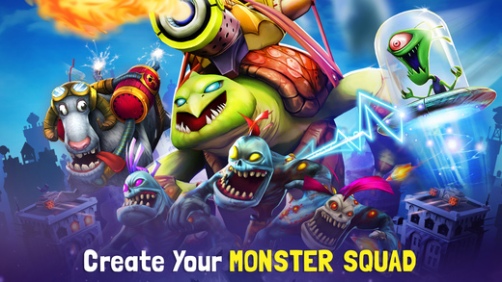 In MonstroCity: Monster City Rampage, you get to build your own city and gather resources to create your own monster squad. You can use these giant monsters to raid other players by destroying their buildings and stealing their gold. Who thought that you can even evolve your monsters? Sounds like it was inspired from Pokemon but we are not complaining.

Here comes the cool part, you can engage in massive Syndicate Wars by battling others in 10vs10, 30vs30, or even 50vs50! This is quite crazy. You and your team can donate DNA in order to build a gigantic Mechazilla War Monster in order to annihilate your enemy. The game is currently soft launched in Australia, Canada, Philippines, and New Zealand. You can watch the trailer for MonstroCity: Monster City Rampage below.